From Louisville Area Canoe and Kayak
Jump to: navigation, search

Patoka Lake is a fairly large lake located about 1 hour from Louisville. It usually has fairly heavy motor boat traffic on nice days, though all of the coves (which comprise most of the lake) are no wake areas. A DNR lake permit is required to paddle on Patoka Lake which can be purchased at the Patoka Lake State Park entrance. Most people do not choose to actually launch from the state park, making this a lengthy detour, so plan ahead and account for plenty of time to drive to the park entrance and back for your paddle. 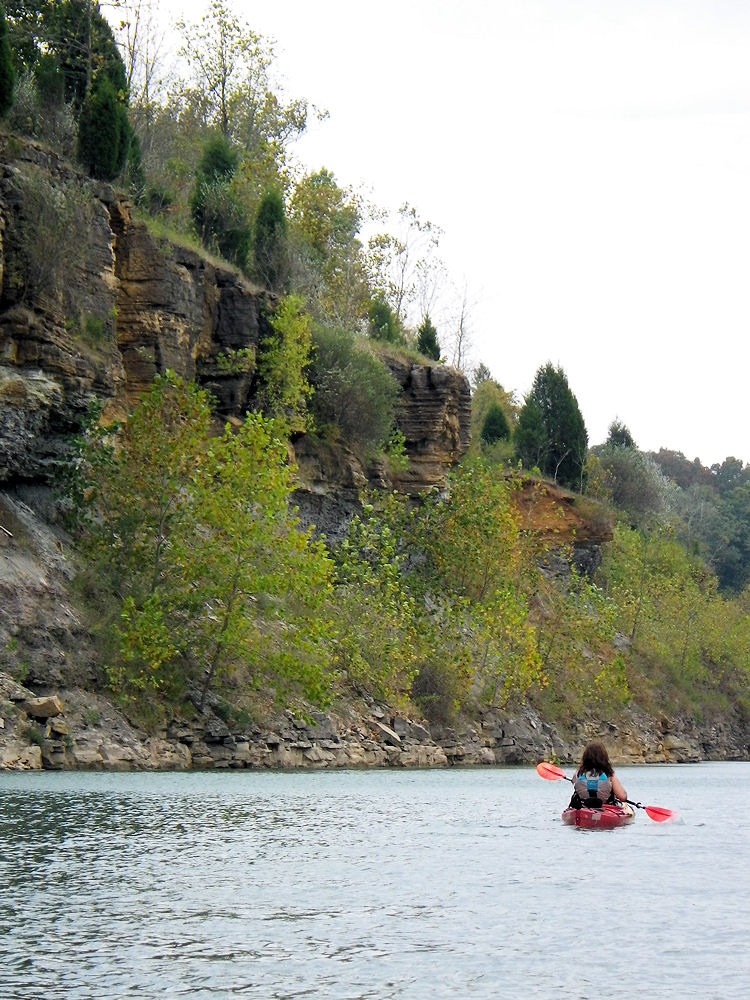 One of the most interesting places to visit at Patoka Lake is the rock quarry. The closest access point is the one on Little Patoka Rd (225). From there, paddle South, and keep to the right (West) cove directly ahead. The entrance to the quarry is difficult to see from far away, so it may appear you're paddling into a dead end, but the entrance is all the way at the end of that cove. Once in the quarry, there are two sides you can paddle along one with several small islands and a long but short cliff, the other a high rock cliff. You will usually be accompanied by many fisherman.

Map of the quarry

Most of the land around Patoka Lake is either private or state park owned. Camping is permitted in the state park campsites, but isn't suitable for kayak camping. Some of the land is part of the Hoosier National Forrest, and camping is permitted without a permit of any kind, but it is difficult to distinguish which property is which. There are a few obviously used campgrounds in the rock quarry area.