From Louisville Area Canoe and Kayak
Jump to: navigation, search

The Green River is a very long and wide river winding its way across most of Kentucky. There are dams and (abandoned) locks on some sections creating pools. There are many access points across the state, though not all of the sections are particularly interesting. Water levels are generally not an issue, except in periods of flooding.

When scheduling trips on the Green, note that the most popular sections are an Central time. So take care to note which time zone you're using when scheduling or attending an outing. 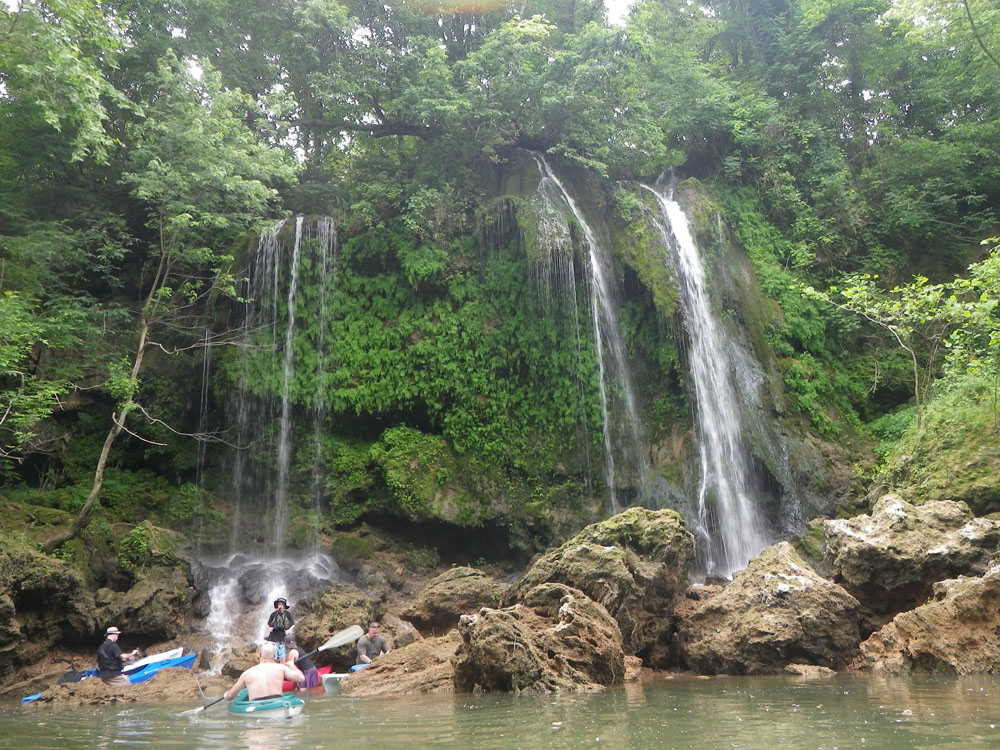 So far, no one has explained why it's called 300 Springs, because there's not 300 of them. But this section does contain a handful of waterfalls about 100ft high. The water is slow flowing, and does often have some shallow spots. The take out will actually involve dragging your boat across a gravel beach. Since the take-out isn't visible from the main part of the river, be on the lookout for the very large gravel beach, which may have cars parked on it. The river flows slow enough that a shuttle isn't entirely necessary, but that's the way it's usually done.